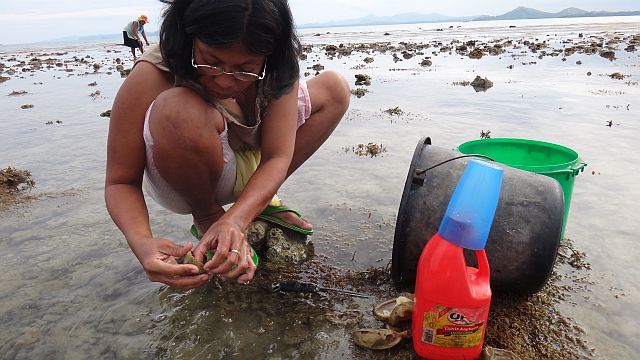 Gleaning is a fishing method used in shallow coastal, estuarine and freshwaters waters or in habitats exposed during low tide.

Other terms may be used for this type of fishing, especially “gathering” and “collecting.”1

Both women and men glean, but in many countries and regions gleaning is mostly done by women and children2,3. Gleaners walk in the shallow water or on the exposed land, and pick up the snails, shells, sea cucumbers, urchins, seaweed and fish. Gleaning often occurs during the day, but can also happen at night with flashlights or lanterns. 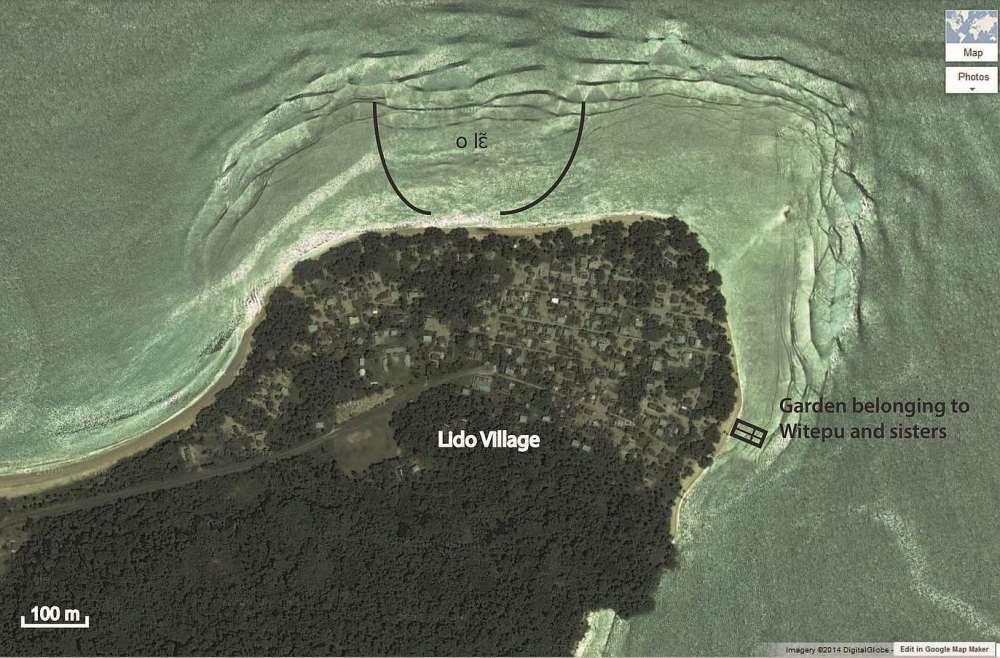 Aerial view of Lido Village (N. coast PNG) at high tide, showing location of the o lɛ̃ depression in the fringing reef and the approximation of the coral garden belonging to Witepu, the mother of author Lahe-Deklin. The surf zone at the edge of the fringing reef is clearly visible, as is the seaward extent of the reef flat. Image courtesy of Google Maps.

Gleaning is used by people all over the world and in many cases is an important source of food for fishing families 4,5. Even though gleaning is widespread, it is not always counted as a form of fishing, and gleaners are not always thought of as people that fish. For example fishing is sometimes counted by the number of fishing boats in a particular area6.  Since gleaners usually don’t use boats, their fishing is not included. 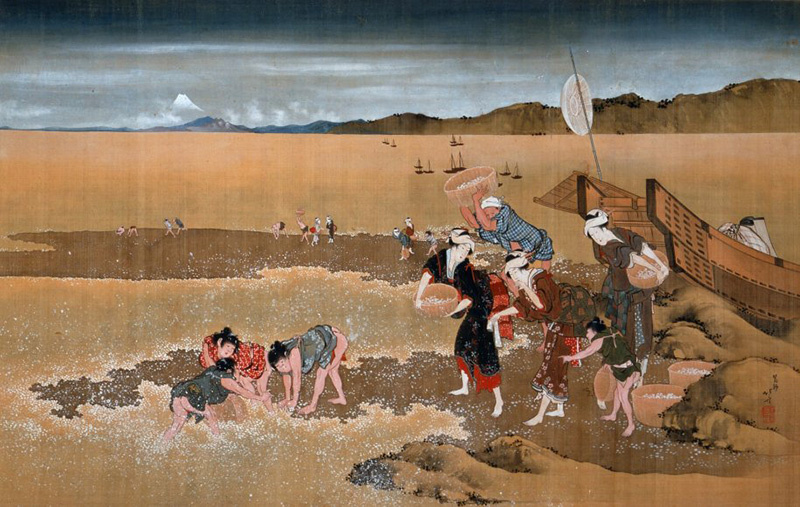 If gleaners are not included, women’s fishing is more likely to be overlooked and vice versa. Expectations that fishing is an activity done by men may lead to fisheries authorities and researchers ignoring gleaning and considering women’s contributions to fisheries as less important. 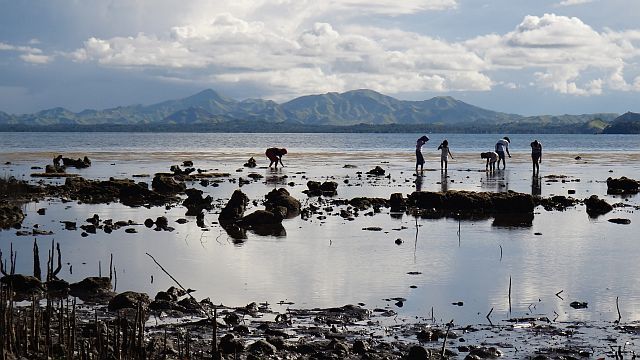 Yet, the successful management of gleaning may be important for the food security and livelihood of many people in fishing households.  By not counting gleaning, we miss knowing about important sources of aquatic food, possible overfishing, the status of the shallow water resources and nearby waters7, as well as women’s and children’s contribution to fisheries. Like many other fishing methods, management of gleaning can help keep the fisheries viable, protect against overfishing and allocate access fairly8.

To see all our posts on gleaning, click HERE.

Research questions on gender and gleaning

1) What is the legal recognition of gleaning, how is this changing and how is this gendered? Are gleaners being recognized as fishers, or are they marginalized in policy?

3) What happens to subsistence gleaners when previously open gleaning areas are no longer available, e.g., when new spatial management is implemented, such as for MPAs, or privatization for aquaculture and sea ranching? What happens to the gleaners and hence the gendered space/activities and decision making?