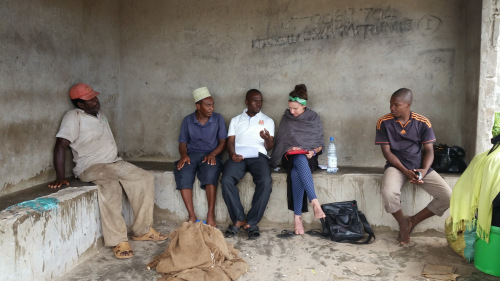 Market structures of small-scale “economically developing” country fisheries (SSF) have remained relatively under-examined in the academic literature and the work done has focused primarily on relations between fishers and traders. However, most studies have focused only on economic transactions and this has likely skewed our understanding of the interactions between people in SSF and the social and ecological outcomes they give rise to.

In an attempt to broaden the understanding of how market structures and trading relations benefit local fishery actors we conducted a study that examined the wider social system in which fish trade is embedded. Many local societies have evolved informal norms based on customs and reciprocities (e.g. gift giving, sharing of large catches) that have become intertwined with fishery trade. These exchanges are necessary for human well-being, providing additional sources of support to resource-poor households, which can be irreplaceable during shocks. The question is if these systems of exchange and benefits serve all equally?

The reef based small-scale fisheries of Unguja Island, Zanzibar are the focus of this study. Located approximately 40 km off mainland Tanzania (5°40′ 6°30′S) Zanzibar has a millennia old history of global trade, including slaves and spices and constitutes the center of the Swahili coast and culture. Like most of the Swahili coastline, it has a population highly dependent on fishing for both livelihoods and nutrition and is surrounded by a coastal environment dominated by coral reef, seagrass, sandy beach and mangrove ecosystems.

Gender emerges as a strong determinant of seafood trade and fishery participation. Men and women fulfill different roles in the Zanzibari fishery system, as seen in many SSF elsewhere. Women are predominately involved as traders rather than fishers, while men dominate resource extraction. Smaller or lower-value products are principally traded in the booming local market, either fresh, fried or dried. A growing export market largely targets small dried pelagics and the tourist industry demands fresh specimens of high-value species.

While tourism is a rapidly expanding market for fishery products, our study saw that women traders remain relatively unlinked to the tourist hotels, resorts and restaurants. They do not access these higher-value links and are largely confined to the lower ends of the value chain income spectrum. The fact that it is deemed inappropriate or unsuitable for a woman in Zanzibar to be linked to the tourism industry is one explanation for this.

Women in the rural sites run largely home-based businesses supplying the local villages with processed products, dried or fried. This is typical of women in many SSF, limited by the time they can devote to work outside the home. Travelling in and out to the central markets in Stone Town is costly both in terms of time and money. Male traders are much more linked to the central markets and have more fish marketing options, including selling from bicycles, to a greater variety of customers in town and to the tourist hotels and restaurants. Men therefore have access to the higher sales prices in Stone Town and at the same time the lower purchase prices at the rural landing sites. When based in the central areas female traders have no space inside the Darajani fish market, which is rented entirely by male retailers, and sell on the ground outside with other smaller-scale male traders. The sales by women traders, in general, are done through on-the-spot transactions rather than with a patron or predetermined customer, a typical informal contract-type relationship in SSF. This patron-client relationship can provide the clients with various credit, loan and support options, though tying them into sales. However, women do not appear to have access to, or use, this option in Unguja. Over half the male traders in the study sell through this method, marketing continuously to the same customer in exchange for support. 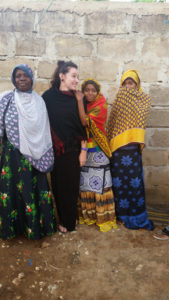 Seafood trade in Zanzibar, as in other SSF, runs deeper than simple economic arrangements and is embedded in an informal exchange network. Males and females appear to be installed differently into this network, where flows of assistance (i.e. material like food, money, equipment or service support, like processing, transporting, reciprocated between actors) pass between various actors in conjunction with sales. Female traders are less frequently involved in this reciprocal support exchange with fishers than their male counterparts, whom more commonly exchange cash, food, credit and discounts. However, women traders cooperate between themselves over a range of activities, in some sites more than males, which includes buying together, pooling products to sell, lending or borrowing money and selling products on each other’s behalf when necessary.

Women in fishing communities across the world appear to face barriers to higher-rent generating roles in the supply chain due to various cultural obstacles and conflicting household roles. Large-scale economically focused fisheries development has led to an increase in bulk purchases and wholesale trade, the construction of modern landing sites and market complexes, and more standardized formal sales activities in many places. This type of growth unfortunately has the potential to exclude the Zanzibari home-based traders, which it has already done in other SSF.

The role of women in SSF has been largely invisible to most observers and the Zanzibar harvest arena is dominated by men, with few fisherwomen appearing in any official statistics. Despite this, it is becoming increasingly common and acceptable for women to enter fish trade in Zanzibar. More women now trade seafood than ever before. However, the appearance and rise of the tourism sector in the seafood market has indirect effects on their ability to conduct their business. Already in 2002, ActionAid reported that fishermen no longer need to use women traders as much as before, since they now have the option of selling directly to the hotel industry. Our observations support this, with very few female urban traders linked directly to the fishers, buying mainly through auctions. As the tourism industry continues to grow and as fishery development focuses on further capacitating male fishers to go further offshore while promoting greater formalized economic actors in fishing and related activities this study emphasizes the grave potential for many value chain actors, especially female traders, to be vastly overlooked in such development scenarios.

The paper from this study can be found at this link.

Acknowledgments: This study was part of a SIDA funded project (The Swedish International Development Cooperation Agency) aimed at understanding the role of middlemen in mediating interactions between the social and ecological components of small-scale fisheries systems. Project Number SWE-2012-104.