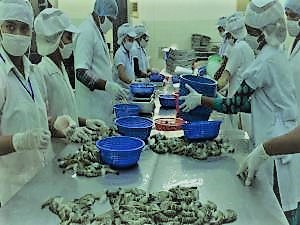 Women may be numerous on the factory floors of top seafood producers but, at the top of the companies, their numbers are small. Marie-Christine Monfort, a seafood industry insider herself, conducted a follow-up survey to track changes since she authored an earlier report for FAO (see our previous post). The recent study found that the number of women in senior leadership positions shifted little between 2014 and 2016.

Worldwide, women are the most common workers on the factory floor, but in top seafood companies are rare on company boards and in senior management.

Some quick facts from the latest study:

The report recommends that the time has come for the sector to encourage more women in top ranks and give them more of a say in decision-making.

The report can be downloaded here.