Presented at the International course on Advanced Lessons on Fisheries and Aquaculture Economics: A Tribute to Prof. M. C. Nandeesha (1957 – 2012) held at Santander, Spain from 22 to 26 July 2013. 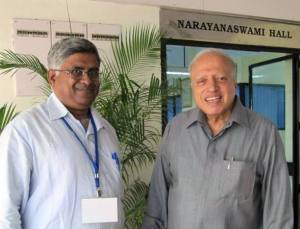 Dr M.C. Nandeesha and Prof M.S. Swaminathan together during the August 2011 conference in Chennai on “Mangroves for Coastal Area Management,” at the MMSRF. Photo: Piyashi DebRoy.

I begin with expressing my heartfelt thankfulness to Prof. Josè Fernández Polanco for having provided me with the humble opportunity in the platform of Advanced Lessons in Fisheries and Aquaculture Economics, Second Edition, to offer my tribute to Prof. M. C. Nandeesha, who passed away on the Day 27th December, 2012. Prof. M. C. Nandeesha was one of the legends in Fisheries Science and Aquaculture whose contributions were dedicated to the poor people involved in aquaculture, and for the purpose of institution-building for strengthening human resource development in fisheries. Born on 9th August 1957 into a rural farming family in the state of Karnataka in India, Nandeesha completed his early education in his village and graduated in Fisheries Science from College of Fisheries, Mangalore. Thereafter, he completed Master of Fisheries Science from the same College in 1982. He subsequently joined back College of Fisheries, Mangalore as Assistant Professor in 1985. Prof. Nandeesha obtained his Ph.D. in 1992 from Vishwa Bharati University, Shantiniketan in the state of West Bengal where he conducted off-campus research on fish nutrition. 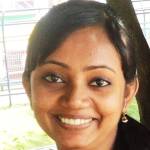 Nandeesha was a visible achiever right from the beginning; his passion for aquaculture and fisheries transcended both national and international horizons. He was the Fisheries Adviser with PADEK in Cambodia from 1992 to 1997. He also worked as Research and Development Dissemination Adviser and Project – Co-ordinator with CARE, Bangladesh from 1998 to 2001. In 2001, he joined the then newly formed College of Fisheries, Central Agricultural University as Professor and Head of the Department of Aquaculture and continued his service there till 2008. With several national and international research publications, books and conference proceedings to his reputation, he was a regular columnist of the widely acclaimed article Farmers as Scientists in Aquaculture Asia magazine. His achievements include field-testing Ovaprim synthetic hormone in different agro-climatic conditions in India, Cambodia and Bangladesh for using aquaculture as a tool for poverty alleviation, advocating rice-fish farming, disease diagnostics through farmer participatory research, mainstreaming gender in aquaculture and fisheries, and scouting innovations in fisheries. He was the founder of Professional Fisheries Graduate Forum in India wherein he instituted several wards to students and teachers, and was also the founder of the Indian Branch of Asian Fisheries Society. He was also a member in many reputed international organizations such as Asian Fisheries Society Council, World Aquaculture Society, Aquaculture Without Frontiers, GILLS, Indian Red Cross Society and Oversight Committee for Best Aquaculture Practices of the Global Aquaculture Alliance. He had provided international consultancy services to FAO, NACA, IFAD, CARITAS, JICA, World Bank, IDRC, OXFAM, CIDSE and others. He was conferred upon the Sahameitrei Award by the Government of Cambodia in recognition of his contributions to human resource development and developing sustainable small scale aquaculture programs.

Prof. Nandeesha was appointed as Dean of Fisheries College and Research Institute of Tamil Nadu Veterinary and Animal Sciences University in 2010. During his tenure as Dean, Prof. Nandeesha initiated MoUs and international partnership research programs with University of Cantabria, Spain; Virginia Polytech Institute and State University, USA; Israel Institute of Technology and others which was never witnessed there before. An important event during his tenure was the hosting of the Expert Consultation on Fisheries Education in India in 2011 by bringing together representatives of all the Fisheries Colleges in India on a common platform to interact with 20 international experts – the output of which was submitted to Government of India for incorporation into the Twelfth National 5-Year Plan. He had the vision to boost the potential of every student in his University. He ignited many a minds on the journey of his professional life, and Dr. Meryl Williams rightly said, “I am not alone in having had my life and my professional interests changed by meeting and working with Nandeesha.” Even though he had his critics, they could not deter him from moving forward, and nobody could ignore his commitment and sincerity. He was promoted as a Special Officer to the newly formed Tamil Nadu Fisheries University in March 2012, and eventually as the Vice Chancellor of Tamil Nadu Fisheries University just before a few days of his demise. I wish to conclude by stating that even though Prof. Nandeesha left us physically, he remains in our thoughts as a shining star in fisheries to his peers, an inspiring soul to his friends and an umbrella of wisdom to his students.