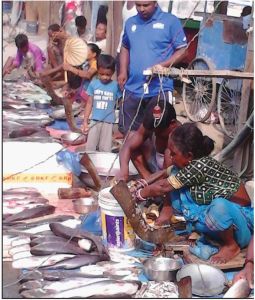 The July 2015 issue of Yemaya (from the International Collective in Support of Fishworkers) highlights the experiences of women in fish trade and support industries.  The editor, Nilanjana Biswas, concludes that the evidence is that women are being ‘ousted from local markets’, typically ending up in more dangerous, less lucrative substandard sites.

Read the Editorial and stories.

Download the whole issue or any individial article at here.