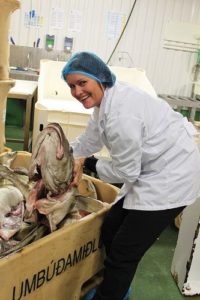 The Food and Agriculture Organization of the United Nations (FAO), through its GLOBEFISH unit on international fish trade, recently released a report – “The Role of Women in the Seafood Industry” – that highlighted the contributions and constraints on women through all levels and scales of the fish industry. The report, written by Marie-Christine Monfort, is a welcome addition to the global analysis of women in the industry and particularly focuses its attention on “the
widespread lack of consideration for their role and work in the seafood industry is, in many respects, disadvantageous to them and ultimately bars them from participating fully and equitably in the industry.” It is aimed to raise awareness in business leaders and policy makers.

In its general analysis and conclusions, much of what the report says will not be news to readers of this website, but the author makes her points well and strongly, for example in tables such as that below on “where are the women.” 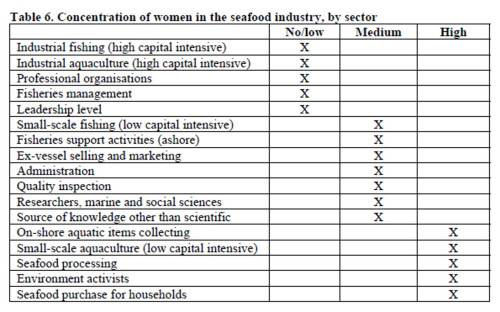 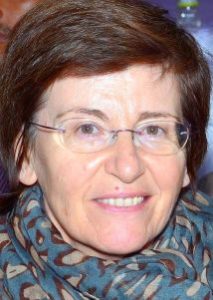 In particular, the author, herself successful in the seafood industry, takes a private sector industry view that distinguishes it from the studies and reports of academics and government experts, with a strong focus on what is happening in companies of all sizes and in their workforces and management. She gives board and management numbers and employee number by gender for the top companies, and lists companies headed by women.

A unique feature comes in the second part of the report, namely the 6 case studies of Croatia, Egypt, France, Iceland, India and Senegal. Each country is analysed for the knowledge about women’s participation in the seafood industry, awareness of gender inequalities and corrective measures in the seafood industry. The picture is not encouraging, with the possible exception of Iceland where knowledge and awareness are high, but corrective measures to help women still largely lacking, although now the women have created their own supportive network.

The report can be downloaded from FAO: click here.