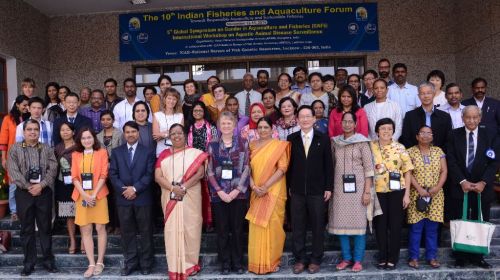 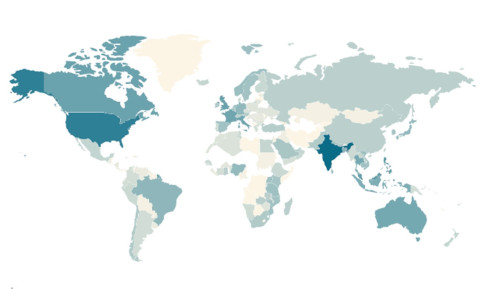 Genderaquafish.org visitors came from all regions and most countries of the world. 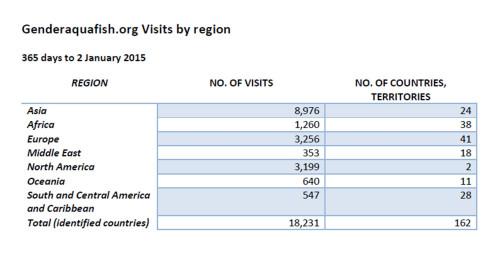 Posts from Asia and Africa were the most prevalent. We also produced posts covering Europe, the Americas, and Oceania. In addition, the gender dimensions of several global documents and events were highlighted, such as the Small Scale Fisheries Guidelines and the fish and food security report of the High Level Panel of Experts advising the UN Committee on Food Security.

We released the second Special Issue of the Asian Fisheries Science journal (27S), containing papers and the Guest Editorial from our 2013 4th Global Symposium on Gender in Aquaculture and Fisheries (GAF4).

Many of our posts highlighted people active in progressing gender equality in the aquaculture and fisheries sectors. In March, we reported with concern the loss aboard flight MH370 of Dr Chandrika Sharma, the Executive Secretary of the International Collective in Support of Fishworkers, and a driving force in the Small Scale Fisheries Guidelines.

2014 was a big year for Dr Nikita Gopal, who not only was chief editor for the GAF4 Special Issue but also led the programme and operations for GAF5.

Aquaculture, organizations, climate change and development were recurring themes in our posts.

Of several 2014 events that included gender sessions, we covered GAF5 (5th Global Symposium on Gender in Aquaculture and Fisheries) in most depth. We still hope to also add some information on other 2014 events, especially the 2014 Adelaide World Aquaculture Society conference Women’s Contributions to Aquaculture session and the gender papers of the 2014 IIFET conference in Brisbane.

Our strength on various social media continued to grow slowly, thanks to contributions from many regular friends and readers, and special help from Piyashi DebRoy and Danika Kleiber (our Google Group leaders), Chloe English for assistance on Twitter during GAF5 (@Genderaquafish). Our Facebook page continued to attract good and increasing traffic.

We intend to follow-up on the action items from our GAF5 networks meeting in Lucknow in November. This work includes some great innovations for this website. Stay tuned!