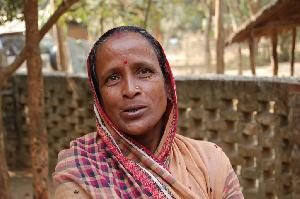 Many agencies and projects find themselves in the same situation as the Bay of Bengal Large Marine Ecosystem project (BOBLME), which realised that it had not taken gender into account in formulating its strategies and project priorities. To overcome this gap, BOBLME undertook an ex post analysis of the gender dimension of their work and what to do to catch up on including gender.

These efforts have now been condensed and presented in a new paper by Cecile Brugere called Mainstreaming gender in transboundary natural resources projects – the experience of the Bay of Bengal Large Marine Ecosystem (BOBLME) project. The experience and the processes used in the BOBLME planning efforts for gender should be of value to other agencies who find themselves starting late to incorporate gender.

The paper is open access in the journal Environmental Development and can be be downloaded here.

Abstract: The Bay of Bengal Large Marine Ecosystem (BOBLME) project aims to improve the lives of men and women depending on the fisheries resources of the Bay of Bengal. Despite the major role women play in fisheries, the contents of the project documents have however remained gender-blind. The paper proposes that the Theory of Change offers a compelling framework to consider how this could be redressed in an ex-post manner, enabling transboundary natural resources projects such as the BOBLME project to contribute to gender equality and women’s empowerment. Practical steps are suggested. They include the elaboration of a high-level statement of political will to gender equality and the consideration of gender-sensitive actions and cross-cutting issues covering communication, gender-disaggregated data collection and governance. A commitment to impact through human capacity building and the allocation of adequate budgets for gender mainstreaming, is fundamental to embrace the change process that progress towards gender equality requires. In line with the Theory of Change, the development of a pathway to impact and use of gender- sensitive outcome mapping as a form of monitoring and evaluation are suggested as pivotal in capturing the changes expected from mainstreaming gender in the project and the project’s own influence in progressing towards gender equality in the region. The main- streaming approach proposed could be generalised to other transboundary natural resources projects of a similar institutional and operational structure to the BOBLME project.