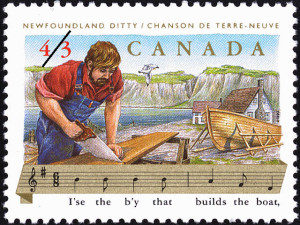 Barbara Neis, Siri Gerrard and Nicole G. Power have written a reflective paper on the social-ecological systems of cod (Gadus morhua) fisheries in Atlantic Canada and Norway. Their study revealed similarities but also many differences between the ways small scale fishing communities in the two countries have reacted to changes in the fish stocks and the policies that accompanied the changes.

Their paper, “Women and Children First: the Gendered and Generational Socialecology of Smaller-scale Fisheries in Newfoundland and Labrador and Northern  Norway,” draws from the great depth of excellent sociological and gender research over the last decades, including especially their own. It explores the impacts since the late 1980s and early 1990s of the Canadian cod stock collapse and of the introduction of a new type of quota system in the Norwegian part of the Norwegian-Russian cod fishery.

They found that the ecological trajectories were very different in both fisheries – the Canadian cod stock has not recovered, but some other fisheries have prospered in its place, while the Norwegian cod stocks are at a record high. However, policy differences between the two countries resulted in employment decreasing in both countries, with the Norwegian decrease 10% greater than that in the Canadian fishery. Women’s formal engagement in the two fisheries differ, but is generally low, especially in  Norway where they have been less likely to engage in the catching sector. In both places, young people are not entering the fishery, although modest success has been achieved with youth-oriented initiatives in Norway. The age profile of fish-workers is getting older.  Women and  youth face the hurdle of raising sufficient funds to buy boats, licences and quota. The changes are complex and the social and household impacts have emerged in the face of gender and generational blindness in policy-making.

ABSTRACT. The resilience of small-scale fisheries in developed and developing countries has been used to provide lessons to conventional managers regarding ways to transition toward a social-ecological approach to understanding and managing fisheries. We contribute to the understanding of the relationship between management and the resilience of small-scale fisheries in developed countries by looking at these dynamics in the wake of the shock of stock collapse and fisheries closures in two contexts: Newfoundland and Labrador, Canada, and northern Norway. We revisit and update previous research on the gendered effects of the collapse and closure of the Newfoundland and Labrador northern cod fishery and the closure of the Norwegian cod fishery in the early 1990s and present new research on young people in fisheries communities in both contexts. We argue that post-closure fishery policy and industry responses that focused on downsizing fisheries through professionalization, the introduction of quotas, and other changes ignored the gendered and intergenerational household basis of small-scale fisheries and its relationship to resilience. Data on ongoing gender inequities within these fisheries and on largely failed recruitment of youth to these fisheries suggest they are currently at a tipping-point that, if not addressed, could lead to their virtual disappearance in the near future.