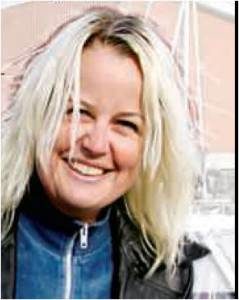 The European Union Fisheries Commissioner, Maria Damanaki, and the  Norwegian Fisheries Minister Lisbeth Berg-Hansen have recently discussed the need for a responsible approach to the Arctic region and and for governments to engage more closely with the people who live there. Concerns over climate change and its impact on Arctic fisheries and the people dependent on them generated the discussion.

…to establish a project to analyse and document the involvement and role of women and indigenous peoples in natural resource management in the Arctic.

The report can be downloaded here.

(Thank you to Rikke Becker Jacobsen of IFM, Denmark and Charlotte D. Andersen of the Gronlands Nationalbibliotek in Nuuk, Greenland, for the link.)

Extract from the Preface

Fisheries represent a traditional way of life and are of great economic and cultural importance to coastal populations in the Arctic, indigenous and non-indigenous Northern inhabitants. Women are part of these coastal
settlements; fisheries resource management and regulatory measures affect their lives, yet they are not accorded stakeholder status or participatory rights in regulatory bodies.

This project has become a joint effort, with participants from Canada, Greenland, Iceland, the Faroes, Norway and Sweden both in the work group and in the International Steering Committee. The Sámediggi, the Sámi Parliament in Norway, followed up on the original recommendation by commissioning a report on the gender equality aspect of their fisheries policy. A summary of this report is included as a separate chapter in the report.

The report is based on statistics and fieldwork studies in the participating countries, and each national chapter contains both statistics on the fisheries in the country, a fieldwork report and in several cases, the author’s recommendations. In addition, the national project leaders have agreed on a set of recommendations to national authorities and to the industry, and the International Steering Committee has agreed to support these recommendations. These are found in a separate chapter in the report.

This report is intended to be easily accessible to the fish harvesters, their communities, politicians and the industry alike; therefore it does not contain extensive background data or references to scientific literature. We have hoped to provide a broad picture of fisheries in the Arctic, and some of the many ways in which women are part of this industry.