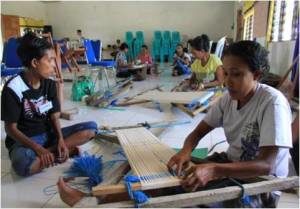 RFLP’s team in the Philippines won the ‘Women in Fisheries’ award for its short film entitled “From gambling to earning” featuring the efforts of the La Conception Women’s Association. The Women in Fisheries Award was contested by the six RFLP countries to recognize and encourage their efforts to mainstream gender in their activities.

Taking runner’s up position was RFLP’s team from Timor Leste.

And on RFLPs work on alternative livelihoods and skills for fishing families and communities, check out the achievements of the RFLP at: RFLP.

All RFLP publications can be found at: http://www.fao.org/fishery/rflp/en