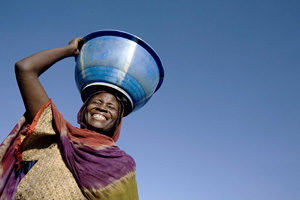 A new tool for measuring women’s empowerment in agriculture should have good applications in the aquaculture sector also. The index was developed through a partnership between the US Agency for International Development (USAID), IFPRI and Oxford University’s Oxford Poverty & Human Development Initiative (OPHI). Using 5 criteria, it measures the empowerment of women in agriculture and in their own households.  The criteria cover:

– how engaged women were in decision-making about agricultural production

– the extent to which they controlled how income was used

– whether they were able to have a leadership role in the community; and

– how they used their time.
The new measuring tool was tested by cases in Uganda, Bangladesh and Gualemala.

The case studies (2 for each of the countries) can all be downloaded at:

According to the IFPRI press release: