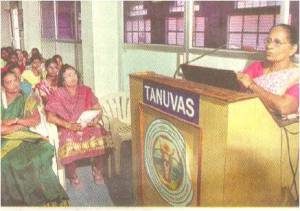 The good news: 2011 is the 250th anniversary of the founding of the world’s first veterinary science school (in Lyon, France) and the 100th anniversary of International Women’s Day. To celebrate, Prof. Mathuram of Madras Veterinary College (MVC), Tamil Nadu, India, spoke on gender issues in veterinary science (News story, Presentation). In many countries, women are almost taking over (80% women in the colleges) this once male dominated field. In India and MVC, women student and faculty numbers have risen considerably though are still constrained by the Indian ‘glass ceiling’.

The bad news: Analysis of 2011 Indian Census data shows that selective abortions of girls has continued to reduce the sex ration of girls to boys (ages 0-6 years). If the first born is a girl, in 1990 the ratio of girls to boys was 906:1,000 but this dropped to 836:1000 in 2005. Disturbingly, the girl-boy ratio decline was greatest in wealthier and better educated household. http://www.thelancet.com/journals/lancet/article/PIIS0140-6736(11)60649-1/fulltext

Thanks to Dr M.C. Nandeesha for the 3 news stories in this post.