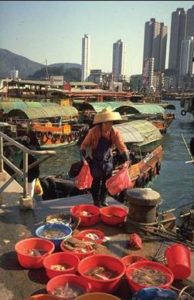 The International Collective in Support of Fishworkers (ICSF) has just released the latest edition of its triannual newsletter on gender and fisheries, Yemaya. Yemaya No. 36, dated March 2011, carries several articles from around the world on women in fisheries, and how gender and power relations play out in small-scale fisheries.

A report on a recent public hearing in Europe shows how women in ﬁsheries are fast gaining public visibility. Another from Chile cites archaeological evidence to conﬁrm that inhabitants of the Chiloe archipelago used sea-plants for food and medicine, which, as demonstrated at a workshop, could be usefully employed today by the women of fishing families.

Another article in Yemaya No. 36 recounts the journey of the Asian Fisheries Society in making gender and ﬁsheries a priority concern (see ‘From the margins to the mainstream.’) Genderaquaqfish is featured in What’s new, Webby?

The landmark decision on small-scale fisheries taken by the Committee on Fisheries (COFI) of the Food and Agriculture Organization of the United Nations (FAO) at its 29th Session is detailed in another piece in the current issue of Yemaya.

Reviews in Yemaya No. 36 include one on a new ﬁeld handbook developed by the Regional Fisheries Livelihoods Programme for South and Southeast Asia, which highlights the contribution of women, and another on the gender dimensions of agricultural and rural employment.

Apart from an interview with with Solene Smith, a leader of Coastal Links, Langebaan, South Africa, the current issue includes the regular sections, like website recommendations and the ever-popular cartoon strip, Yemaya Mama.

Yemaya No. 36 can be downloaded for free, either as individual articles or in toto, at
http://www.icsf.net/SU/Yem/EN/36