A call to the seafood community: time for commitment and change is now!

In honor of International Women’s Day 2019, this Opinion also appeared on the following sites: 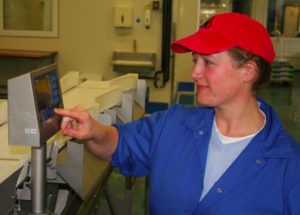 March 8, International Women’s Day, has become the day of the year to highlight what women do and review progress. Some workplaces have joined in celebrating this day, featuring heartening commitments to gender equality. But it is also frequent to see in the workplace the omission, forgetfulness or ignorance of what this day commemorates: the international day of women’s rights. We are living in a historic moment where the fact that women still participate in society and in the labour market on an unequal footing with men is more topical than ever. The seafood sector, in which at least 100 million women participate but wield little authority, is, like other male-dominated industry sectors, a fertile environment for reform.

Seeking to achieve gender equality and to set up a gender agenda that recognizes and empowers women in the seafood industry, many institutions and organizations in the fishing and aquaculture sector globally have organized. While this is an important step, we still need the participation of all relevant seafood actors for real change. Today, we want to call attention and ask the seafood community, private as well as public, to engage more actively in achieving true gender equality.

Where are the women? 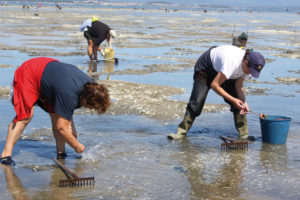 The seafood industry is clearly women intensive but “male dominated”. Female workers are consistently over-represented in low skilled, low paid, low valued positions while men dominate the power positions. Women account for more than 15 percent of all those directly engaged in the fisheries primary sector with the percentage exceeding 20 percent in inland water fisheries; they dominate in the labour intensive processing industry, representing 85% to 90% of the total workforce worldwide, play a crucial role in aquaculture with some 30% in salmon farming in Chile, 50% in Zambia, and 72% in Asia. By contrast, the other end of the value chain is the realm of men, with 99% CEOs, 90% board members and leaders of professional organizations. 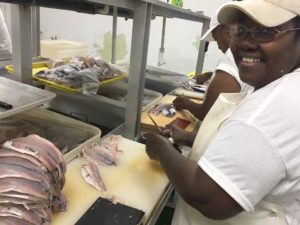 So far, those who have been supporting and working for the visibility of women in this industry and the improvement of their working conditions have been organizations (NGOs and associations) and some trade unions. Among them, the following stand out for example: Women In Seafood Australasia (WISA) which works to build the capacity of women to achieve impact in the development and growth of the seafood industry; the Fisherwomen’s Group of Saga City (Japan), which seeks to process value added seaweed products , is separated from the local cooperative because women in mainstream cooperatives have low status, whereas women in their own groups and businesses have prospered in farming and creating and marketing new value added products; and the Central Fish Processors Association in Barbados which represents mainly women processors of flying fish, has succeeded in securing a dedicated working area in the market to make members’ jobs more efficient.

On the research front, the Gender in Aquaculture and Fisheries Section of the Asian Fisheries Society held every second year a global conference. The “Expanding our Horizons” conference held in October 2018, showcased new and better research methods that empower women, how new technologies can boost women’s productivity, such as tubular nets for seaweed production in Zanzibar, and growing action by women’s groups.

In recent years, female professionals are being made even more visible in the seafood media although often still confined to the section “women in seafood” or “woman of the month”. Initiatives that increase the visibility of women showcasing the diversity and the importance of the role that they play in the industry deserve to be underlined, celebrated and replicated in workplaces! And this is happening. For the first time in 2019, gender discussions will feature in worldwide seafood shows (Boston in March 2019, Brussels in May 2019).

In an effort to bring together stakeholders, the Spanish Ministry of Agriculture and Fisheries held a worldwide congress in November 2018 for and about women in fisheries. The highlight of this event –attended by 200 professionals- was the signature by several countries and organizations of a strongly engaged document including 11 detailed recommendations: “The Santiago de Compostella declaration for Equal Opportunities in the Fisheries and Aquaculture Sectors”. Aiming to install a gender agenda for the seafood stakeholders, this event is intended to be held every year: Morocco, signatory of this Declaration, has announced to host the second worldwide Women in Fisheries congress in 2020.

Recently, large private companies are claiming their commitment to gender equality by highlighting the existence of their women’s networks. In June 2018 Nueva Pescanova group, Europe’s largest fishing and fish processing company created WIP (Women in Pescanova) to boost the visibility of women, improve working conditions, integration and promotion practices, and support female talent. The Salmon Industry Association of Chile (SalmonChile) has created a working group with the objective of increasing the participation of women in the industry, aiming at gender equity and advancing in the management and identification of gaps. Women in Fisheries is a group of women from Ireland, formed in 2018, to provide a voice and a forum for women from all sectors of their industry.

But are knowledge and talk acted upon?

So we have a new discourse in the seafood community with very women friendly declarations, new actors in this scenario, new documents accrediting commitments in this regard, but are things really changing or in the path to change? The recognition of the importance of women does not mean the acknowledgement of gender based inequalities.

How to ensure the implementation of recommendations towards gender equality proposed by non-binding documents such as the Voluntary Guidelines for Securing Sustainable Small-Scale Fisheries? Such proclamations have a history of slow incorporation into fisheries policy and action. For instance, in three Pacific island countries, a recent study of fisheries management themes in new non-binding regional and international fisheries law found that gender had among the weakest uptake, receiving attention in only 3 out of 15 national level policies, compared to 15 for sustainability. The reasons for this stemmed from a lack of familiarity with the concept of gender equality and ambivalence as to its importance. 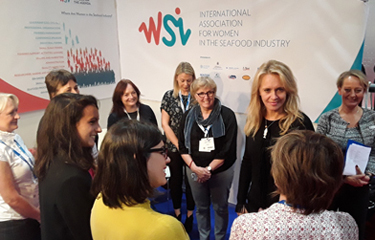 Power distribution is highly unbalanced and in almost all countries, the gender pay gap is still large. One of the causes for the gender pay gap is that strong stereotypes prevent women applying to certain “male” jobs, fishing being one example, and supervisor and manager positions others. The gender stereotyping can lock women into lower paying jobs but, even when job level is accounted for, often women are paid less for doing the same job. Pregnancy and motherhood are still considered in many companies as an economic burden and prevent women from securing steady jobs.

The gender blind distribution of public spending in the seafood economy misses opportunities to challenge the gender imbalance and consolidates gender inequalities. For example, fisheries government budgets and international development funding goes predominately to the catching sector rather than processing and marketing. In countries where small scale fishers are numerous, this means little help for those parts of the value chain where women dominate. In marketplaces, modernization has frequently squeezed women out of their stalls in the old markets as the new markets cater to larger, typically male dominated, operators. In India, cases have been documented in Mumbai and Bihar where women have resorted to selling on footpaths and beside busy roads.

As longtime members of associations grappling with this issue, we are buoyed by the current interest but also sanguine that change is not guaranteed.

Here are four tips. First, women in the industry will need to challenge their positions and articulate what they need by means that work in their cultures. This means working together and not allowing to be treated as second class nor simply emulate men in their work by, for example, keeping other women in their secondary places. Second, people already working on gender equality in the seafood industry have to raise the level of comprehension of other professionals on why gender equality is important to the seafood industry. This is not a once-only effort but requires regular, even dogged proselytizing at each opportunity. Third, the capacity of professionals to create new visions of a gender equitable industry has to be raised by training and capacity building. How could gender equality look and what steps would lead to it? Finally, a progressive environment should not be viewed as a women’s own issue but one that obliges and encourages men’s engagement.

The challenge is great but not impossible! There are already several reports of successful experiences in improving the conditions of women in our industry. As last year, 2019 will be a historic year for our cause! We will be many more and stronger, better organized and connected! We urgently invite seafood players to join this crusade that concerns us all so that next March 8 we can be talking about a much more and truly inclusive industry. 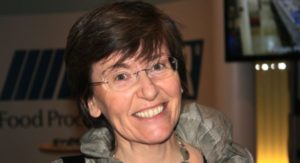 Marie Christine Monfort who led the development of this Opinion

This opinion letter was written by 9 women engaged in seafood communities and promoting gender equality.

Marie Christine Monfort after a lifelong carrier as seafood market analyst has set up the International Organisation for Women in the Seafood Industry (WSI) and work heart fully at raising awareness of gender inequalities. WSI is the organiser of the “Women in seafood” video competition.

Natalia Briceno-Lagos is project manager at WSI and consultant. She is a Ph.D. candidate in Sociology at the Ecole des Hautes Etudes en Sciences Sociales (EHESS) in France. Since 2011, she has been studying the social impacts of the salmon farming industry in the Chiloé Island in Chile.

Meryl Williams has been conscious of gender inequality in fisheries since she started her career in Australia 42 years ago as the only woman researcher in her fisheries science agency. She worked for and lead comprehensive fisheries R&D agencies of national, regional and global scale, becoming increasingly concerned with the invisibility of women. Since 1996, she has combined her fisheries sector knowledge with her leadership experience in convincing professional societies and agencies to address gender inequality as a serious fisheries topic and social justice issue. She is the current Chair of the Gender in Aquaculture and Fisheries Section of the Asian Fisheries Society, and an Honorary Life Member of the Society.

Jayne Gallagher is a past President and current Board member of the International Association of Fish Inspectors, current Board member of Women in Seafood Australasia and in 2017 was one of the first women to be inducted into the Australian Seafood Industry Hall of Fame. Over the past 25 years Jayne has held positions in government, research and industry, working hard to ensure that seafood women’s voices have impact in industry decisions. Jayne is currently on the organising committee for the World Seafood Congress to be held in Penang in September 2019 where gender equality issues will be front and center.

Leonie Noble has been involved at every level of fisheries from working on boats to chairing National seafood boards in Australia,She has been working in the gender equality space for several years including speaking at the United Nations Commission for the status of Women in New York and is Immediate past president of Women in Seafood Australiasia.

Editrudith Lukanga President of African Women Fish Processors and Traders Network (AWFISHNET) established in 2017 with members from 28 African Union countries helps women raise their voices, in unison, to be included in making decisions and helping form and implement policies.

Tamara Espiñeira, coordinator of the She4sea initiative who aims to acknowledge the role of women in AtlanticMaritme Affairs as an asset for the European Union.

Katia Frangoudes, AKTEA spokeperson. As a Senior Researcher in academia, Katia lead many research programs relating to the role of women in fisheries and aquaculture, both in terms of governance, economic and social contribution.